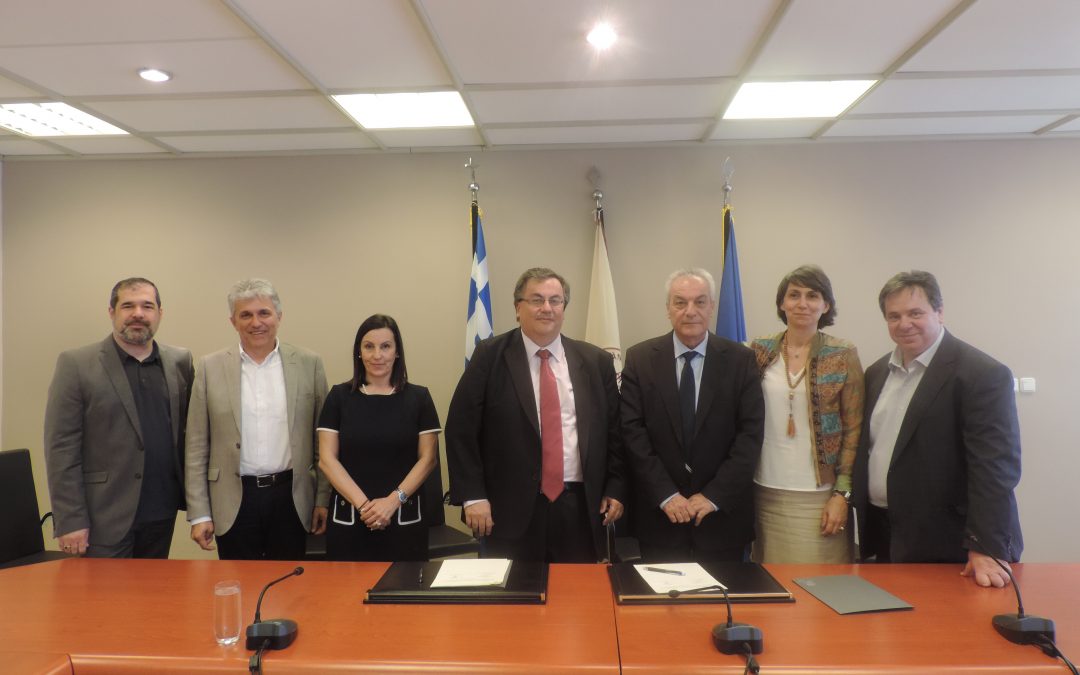 A new Protocol of cooperation between the Universities Neapolis Pafos and the Democritus University was signed by the Rectors, Professors Mr. Pantelis Sklias and Mr. Alexandros Polychronidis, with the presence of Mr. Raphael Sandaltzopoulos (Vice-Rector of Administrative Affairs), Mr. Fotis Maris (Vice-Rector of Finance, Programming and Development), Mrs. Zoi Gavriilidou (Vice-Rector of Academic Affairs and Student Welfare), Mrs. Maria Michalopoulou (Vice-Rector of Research and Lifelong Learning) and Mr. Evangelos Drympetas (Dean of the School of Social, Political and Economic Sciences).
Democritus University of Thrace is one of the largest Universities in Greece contributing to and promoting academic excellence with its many years of operation, through its important schools (Polytechnic, Law, Medicine, etc.), as well as regional development through the spatial planning distribution of its structures in all the major cities of Thrace.
The collaboration agreement aims to increase the extraversion and academic excellence of Neapolis University by providing for the reinforcement and further upgrading of the existing co-operation between the two Institutions, through the Erasmus program activities with the exchange of faculty members, students and researchers.
In addition, it organizes the business and operational framework for the implementation of joint scientific actions, such as seminars, symposiums, lectures, exhibitions, etc., which will promote academic knowledge and research, disseminating its results for the benefit of the academic community and society of the citizens of Greece and Cyprus respectively.
Through this collaboration and the increase of synergies in jointly existing, but also new scientific fields that Neapolis University Pafos is shortly expected to be active in, internationalization as well as the academic excellence and maturity of the offered curriculum will be strengthened.
The two universities are currently in the final stages of initiating joint MA and Ph.D programmes. Democritus University of Thrace (DUTH) has accepted Emerge Consortium members’ invitation to become an Associate Partner.