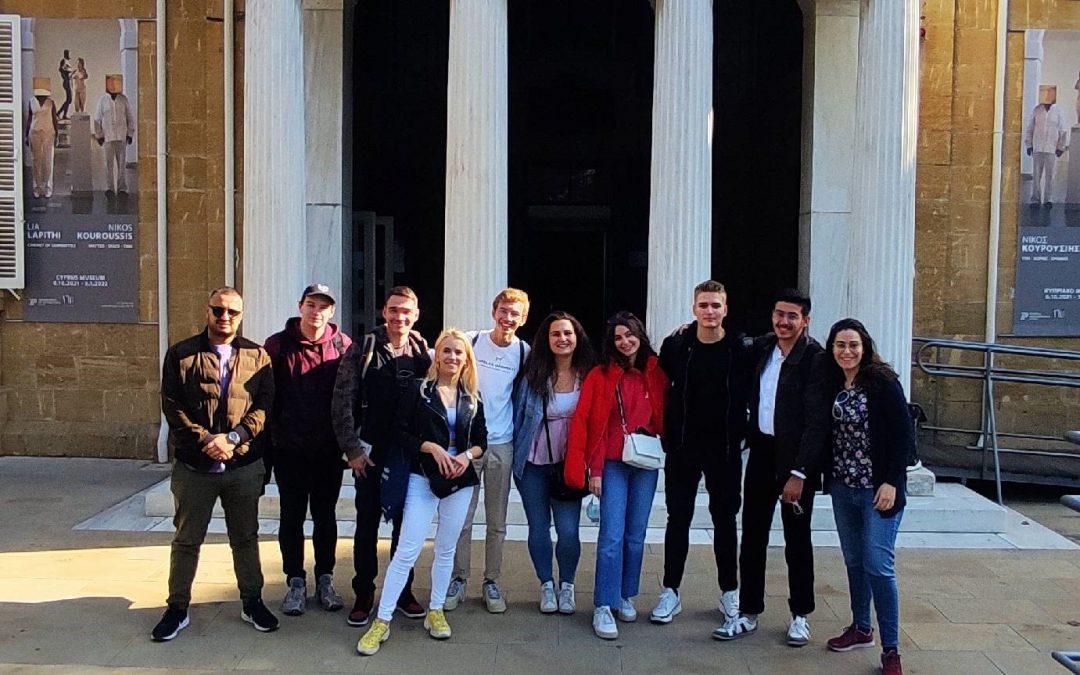 During the fall semester of 2021 (September – now) Erasmus students from Matej Bel University attended courses of International Relations and Security at Neapolis University in Cyprus (NUP).
Within the framework of the NUP initiative “Students as cultural ambassadors of their countries”, trips have been organized in a -by the students / for the students- approach, in different cities of the country. In this context, students from the EMERGE university partnership, from different countries and backgrounds, along with academic personnel of NUP and guest lecturers from universities abroad, enjoyed a three-day trip (Friday, 19th of November till Sunday, 21st of November 2021) to the city of Pafos, the city of Limassol and Troodos mountain range, the largest in Cyprus stretching across a third of the island. During this weekend, they enriched their knowledge on the history and culture of Cyprus through visits to archaeological sites, thematic museums, such as those of winemaking, and Byzantine churches of the 11th century, while at the same time they discovered aspects of the gastronomy and local cuisine. A second field trip focused on security diplomacy, took place on 11th December 2021 in the state’s capital, Nicosia, which remains the last divided capital in Europe. During this second trip, students had the opportunity to gain a much deeper understanding of the United Nations Peacekeeping Force, which has been stationed on the island for the past five decades (UNFICYP), and visit the United Nations Buffer Zone in Cyprus (also known as the Green Line).